A school in the Chernihiv oblast has been destroyed so extensively that it has been forced to liquidate. (Captured with the eyeWitness to Atrocities app)

Between 24 February and 27 September 2022, following Russia’s full-scale invasion, eyeWitness to Atrocities app users uploaded almost 20,000 photos, videos, and audio recordings relating to the deteriorating human rights situation in Ukraine. Almost 2,000 of these were captured in and around the city of Chernihiv – a city that was 70% destroyed in less than five weeks.

The footage exposed the wide destruction of residential areas, educational facilities, cultural heritage sites, and commercial properties. Some of the incidents uncovered had not been widely reported by the media at the time of the submission.

How did eyeWitness aid justice?

In addition to other justice initiatives in Ukraine, eyeWitness submitted evidence of human rights violations to the United Nations Independent International Commission of Inquiry on Ukraine. The Commission is mandated to investigate incidents that occurred between late February and late March 2022 in the areas of Kyiv, Chernihiv, Kharkiv and Sumy.

eyeWitness’ submission, based on both app user footage and open-source information analysed by eyeWitness, exposed the destruction of Chernihiv’s neighbourhoods and properties. The incidents are believed to have been perpetrated between 28 February and mid-to-late March 2022.

The submission detailed damage to, or destruction of, four types of properties:

App users captured hundreds of photos revealing full or partial destruction of seeming residential homes across the city and surrounding areas, including collapsed roofs, missing facades, shattered windows, and in some instances, dark stains akin to burn marks on the walls.

Open-source research indicated that, in some cases, the destruction resulted in civilian deaths and left many without gas, electricity, or water in the midst of winter. 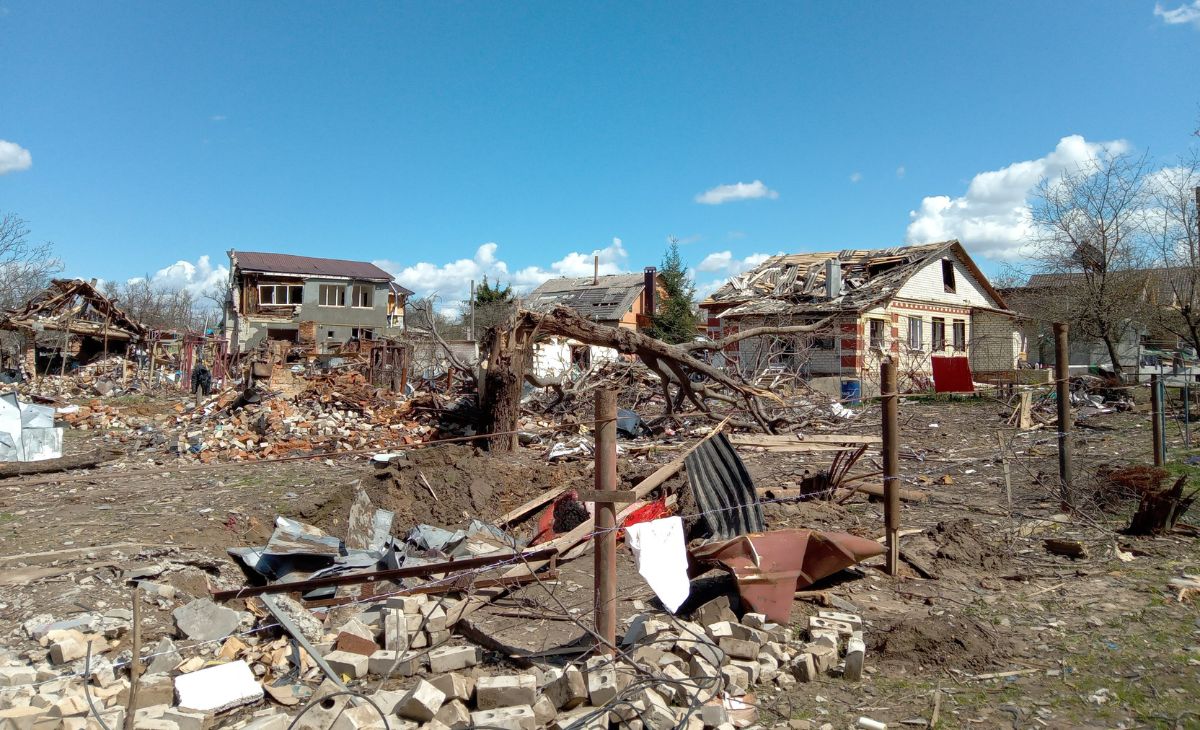 Residential neighbourhoods across the Chernihiv oblast have been reduced to rubble. (Captured with the eyeWitness to Atrocities app)

Two secondary schools in the Stara Podusivka district were destroyed so extensively they were liquidated. Open-source research indicated that they may have been used as a military base at the time of the attack. 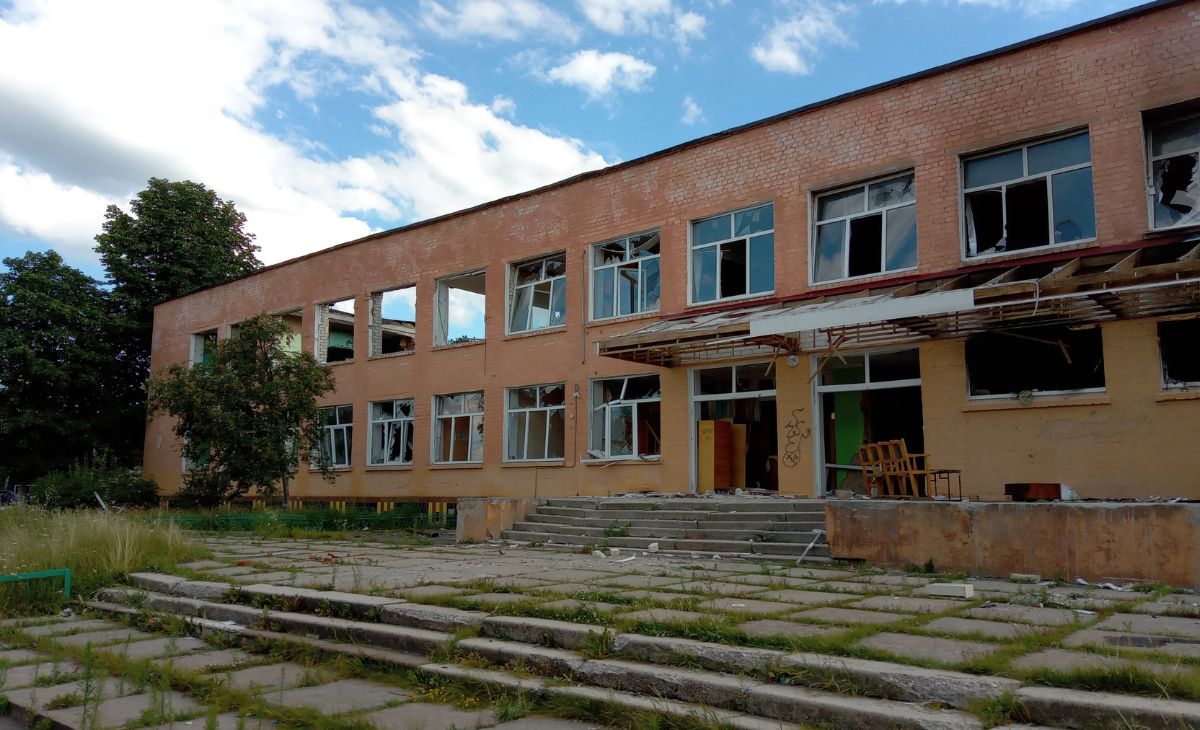 A school that has suffered extensive damage. (Captured with the eyeWitness to Atrocities app)

Footage unveiled damage to the Church of St. Theodosius, the Church of St. Kazan and the grounds of Yatsevo cemetery, as well as the partially destroyed Regional Children’s Library and adjacent Yuriі Haharin Stadium.

In the case of the Church of St. Theodosius, app users captured footage revealing more extensive damage than that reported by the media. While it was known that the church’s dome had collapsed and that a fire had damaged the walls and interior, the footage highlighted further devastation to the church’s roof and bell tower. 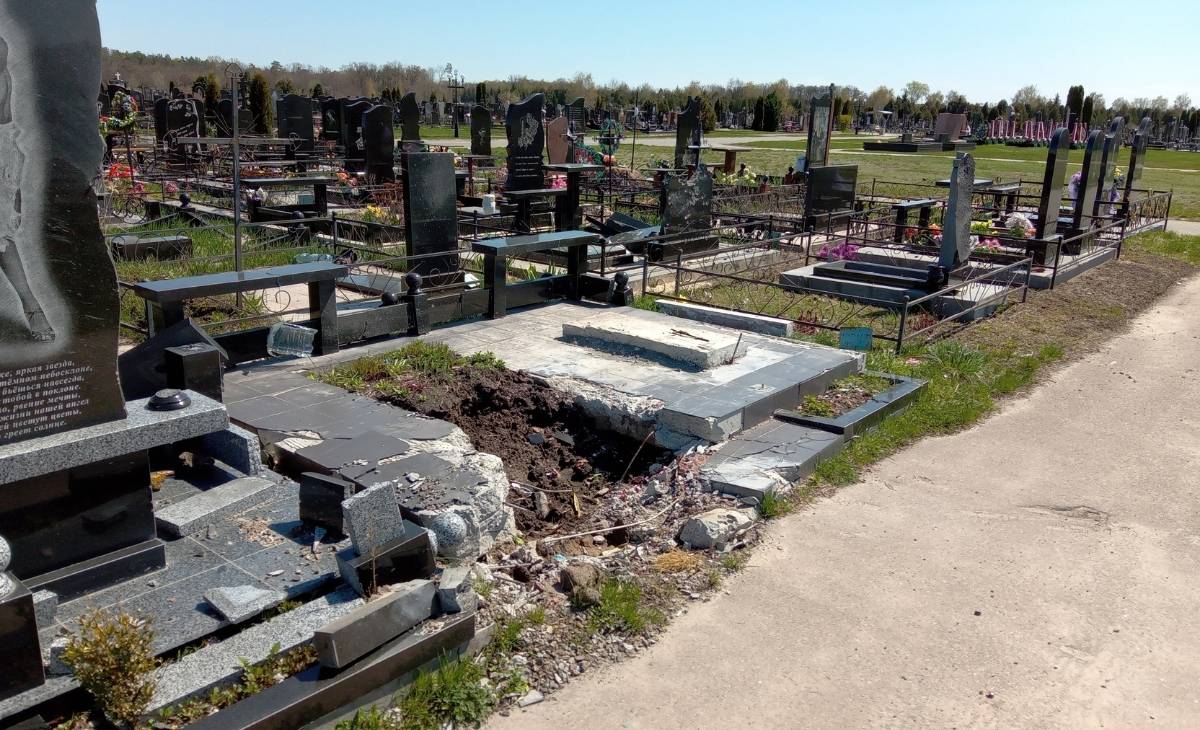 Graves at Yatsevo cemetery have been damaged. (Captured with the eyeWitness to Atrocities app) 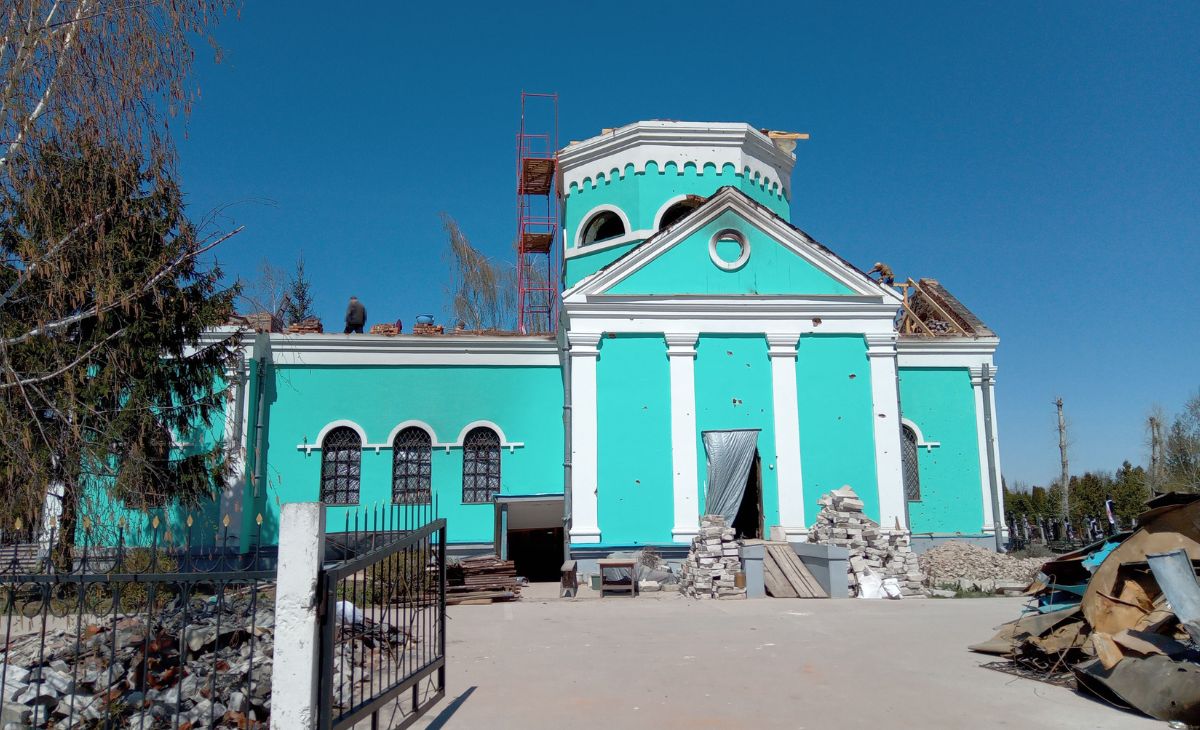 The dome on top of Church of St. Theodosius has completely collapsed. (captured with the eyeWitness to Atrocities app)

Although the media reported damage to four ATB supermarkets – the largest retailer in Ukraine – app users captured over 450 photos and videos of at least 10 supermarkets located in different neighbourhoods across the city. Some of the supermarkets were heavily damaged or destroyed, while others showed signs of forced entry and possible looting.

Open-source research indicated that ATB supermarkets have opened their basements as underground bomb shelters in addition to supplying and delivering food, essential goods, and drinking water to the population. However, because of the military attacks, the company has had to suspend its work in roughly 200 supermarkets across the country. 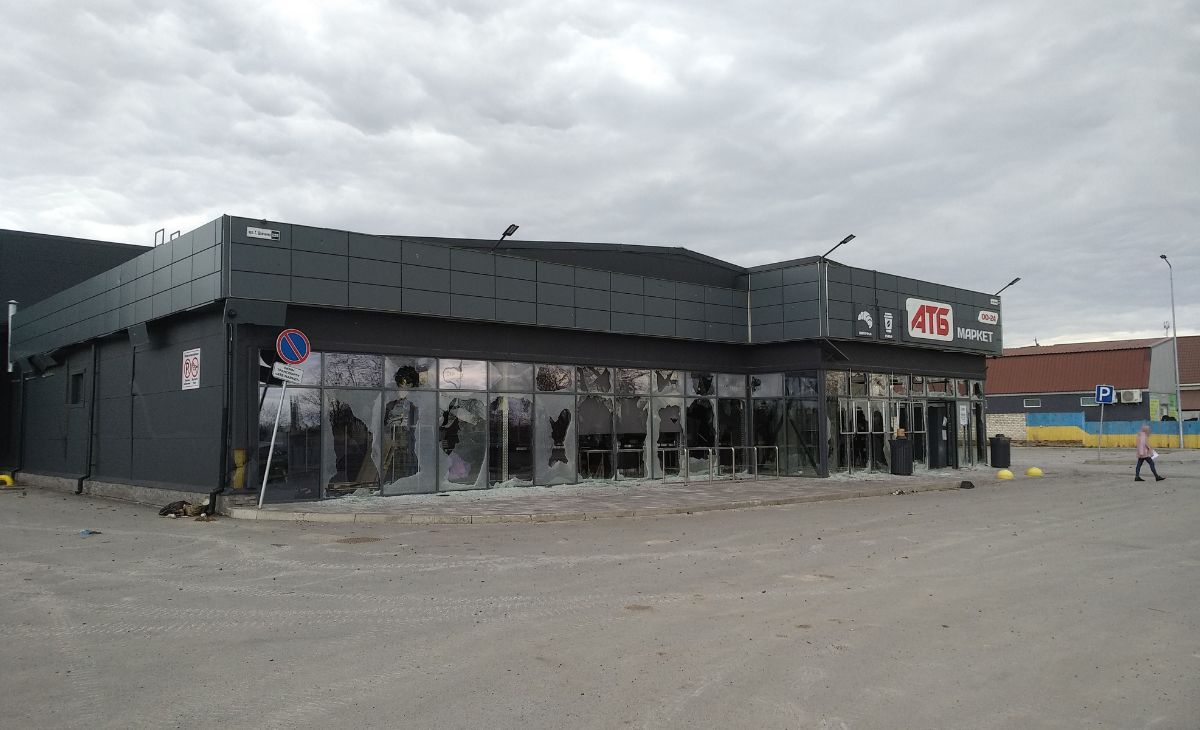 Hundreds of images expose damage to at least 10 ATB supermarkets across the city. (Captured with the eyeWitness to Atrocities app)

eyeWitness concluded in the submission that there were reasonable grounds to believe that these incidents constituted at least gross violations of the human rights to adequate housing, to education, to take part in cultural life, to food, and to an adequate standard of living, as well as of the freedom of religion and belief. Pending further analysis, the incidents could also constitute violations of international humanitarian law.

eyeWitness also requested the Commission to investigate the incidents further.

eyeWitness continues to support app users across Ukraine to expose violations and abuses of human rights, international criminal law, and international humanitarian law with verifiable footage. Furthermore, the team continues to analyse and deliver that footage to relevant accountability mechanisms through evidence-based submissions.