Why ‘The’ video or photo does not end in conviction

We have all seen the videos. The ones with burnt villages, frightened and bewildered children, or worse, parents carrying their lifeless child, covered in dust, out from the rubble. Not only have we seen them, the world has seen them. They have millions of views. They have gone viral. So why is no one going to jail?

At eyeWitness to Atrocities we regularly confront the question of why these images don’t end up in a courtroom. Aside from the fact that there might not be political will for anyone to act, from a legal perspective, a single piece of footage is not enough to bring justice.

Imagine someone shares a video on social media showing one person shooting another. The accompanying post explains that the video shows a soldier executing an innocent civilian. It also states that the video was taken by a human rights documenter hoping to hold an abusive regime to account. Now imagine you are the judge looking at this video. 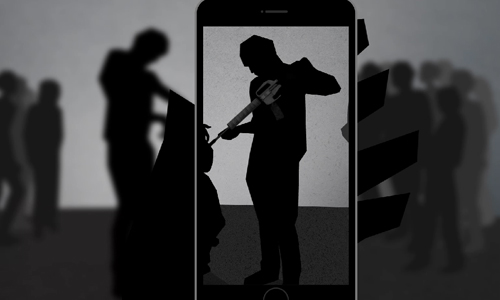 A United Nations investigation into the 2018 protests in Gaza revealed multiple instances where misinformation was spread by either falsifying images or taking footage out of context.

Genocide, war crimes, and crimes against humanity are complex and difficult to prove by design. These are some of the most serious charges that can be made against a person and rightly require substantial evidence. A single act alone, no matter how heinous, is not sufficient. There are other elements related to the context in which the act took place that also must be demonstrated.

Let’s go back to our example video of the shooting. Even if the footage is authentic, the situation may not be as it seems. Who the individuals are, their affiliations and their motivations, as well as the overall environment in which the act takes place, dictate the legal significance of shooting. Depending on the answers to each of these questions, the video may show a murder, a war crime, a crime against humanity, an act of genocide, or even no crime at all. A single video does not establish these facts. Therefore, one video alone is never sufficient evidence.

Who is really responsible?

Another point is that, in the case of large-scale atrocities, the leaders who may have orchestrated the events are usually nowhere near the crime scene. Therefore, they are not going to appear in many of these videos of real-time atrocities and human rights abuses. Fortunately, international criminal law allows for individual civilian and military leaders to be held responsible for atrocity crimes, even if they did not personally pull the trigger. However, prosecuting these leaders requires evidence to show the role they played or how they were linked to the crime. Such information includes their level of knowledge, control, or facilitation of the shooting. Once again, this information cannot come from one video alone.

None of this is to say that photos and videos of violations serve no purpose. To the contrary, photos and videos provide a very personal and human perspective of the events taking place that is tremendously powerful when combined with other pieces of evidence. Therefore, they have the potential to be integral pieces of the evidentiary puzzle that allows justice to be served.

However, to help ensure that photos and videos fulfil this role, it is important that they are captured in a manner that can be easily verified. The eyeWitness to Atrocities camera App was developed for this very purpose.

It is also important that documenters record as much information about the context as possible, either in the footage itself or as an accompaniment to the footage when it is shared. This information will help investigators further authenticate the images and lead them to additional evidence to complete the evidentiary puzzle.

Our goal has always been to assist human rights defenders to collect verifiable footage and put it in the hands of those who can combine it with other necessary evidence to build a case. Together we can bring to justice the perpetrators of these heinous crimes.

If you are a human rights defender documenting atrocities and human rights abuses, please contact our team to find out more about partnering with us. We provide partners with our eyeWitness camera App, training on photo and video documentation, and links to key investigative bodies such as the United Nations and the International Criminal Court. Our mission is to ensure that your images are not only verifiable, but that they can be used to hold perpetrators accountable in courts of law.